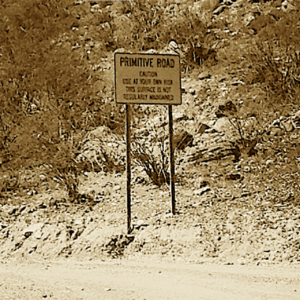 Part of my mandate here at MacEwan University is to engage with the emerging field of Digital Humanities. (Credit goes to Valla McLean for foregrounding DH work on the MacEwan Library site.) While this is definitely a term that can mean many things to many different people, I’ve found it much more profitable to experiment with the wide range of resources that fall under its canopy. Since MacEwan is an institution that values teaching first and foremost, the best way to experiment with the Digital Humanities here is to see what kinds of digital resources might work best in a post-secondary pedagogical setting.

Digital Pedagogy, then, as a subfield of the Digital Humanities, concerns itself with how best to deploy these shiny new tools in a classroom setting. (Think of the work being done in Hybrid Pedagogy or the Praxis Network.) Since I tend to teach courses that cover everything from ancient through medieval and up to early modern history, one question I’m always asking is: how can we use our twenty-first-century technology to help students learn more about human cultures now long past?

In order to approach answering that question, I’ve spent a good deal of time testing out different modes of digital pedagogy in our lectures and seminars. Assignment design is perhaps the most relevant pedagogical task in this regard. By augmenting (rather than replacing) traditional writing exercises with an array of digitally enhanced assignments, we can reach out to students who might not always connect to traditionalist approaches, while at the same time giving the entire student body exposure to new ways of encountering history.

For lower-level courses, I’ve found that three kinds of digital assignments tend to work best. They are:

(1) Digital Cartography: Though there are incredibly sophisticated mapping tools (like GIS, Drupal, or Geocoding) out there, even using a program as simple as Google’s MyMaps can help students visualize the spatial dimensions of the past in an interactive way. Placing ancient locales on their proper topographical sites can provide students with necessary contextual awareness, while contrasting those same locales against modern political borders can teach them a valuable lesson about the historical flexibility of all boundary-markers.

Click here to check out an interactive map I made of North Africa in late antiquity, featuring locations of special import in the life of Augustine of Hippo. I’m indebted, here as in many ways, to the earlier work of the ‘digital Augustine’ pioneer Dr. James J. O’Donnell. Check out his cartographic resources for Augustine’s Africa here. 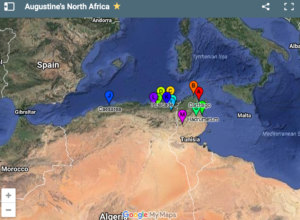 (2) Timeline Creation: Just as with maps, there are a number of different programs out there aimed at helping students make sense of diachronic historical developments. Using a tool like Knightlab’s TimelineJS can allow students to go beyond getting their dates right (although that matters too!), eventually arriving at an impressive visualization of an entire sequence of historical events.

Click here to check out a sample timeline I made using TimelineJS. It is, unsurprisingly, based on events central to the life of Augustine of Hippo. 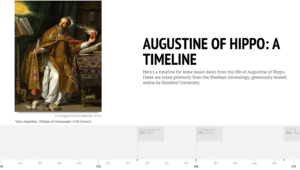 (3) Textual Analysis: The study of history–and work in the Humanities more broadly–is not just about maps and images and dates, of course. At its core, humanistic and historical work should engage primarily with primary sources. It’s all about the text, in other words. Using a tool like Canada’s own Voyant can allow students to feed in massive amounts of textual data in order to quantitatively analyze it, thereby revealing deeper rhythms and connections that the everyday eye might miss.

Here, just for fun, is a Wordcloud created out of the Latin text of Book XI of Augustine’s Confessions: 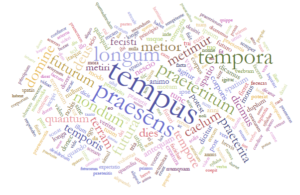 Digital pedagogy need not restrict itself to first- and second-year cohorts, of course. Higher-level students can also benefit from a properly calibrated assortment of digital resources and related assignments. Examples of such resources that reward more sustained engagement would include:

(1) Podcasts: While podcasts might strike some as primarily entertainment media, there are a number of series out there that aim to bridge any supposed gap between the ivory tower and the public square. One of the best, in my view, is Peter Adamson’s History of Philosophy Without Any Gaps podcast, which breaks much of ancient and medieval intellectual history down into bite-size, twenty-minute chunks. Adamson manages to capture the best of both worlds, crafting episodes that are as listenable as they are edifying.

(2) Apps: One of the most labour-intensive yet rewarding applications in the field of the Digital Humanities is the creation of apps tailored to certain historical figures or texts. Villanova University has recently developed (and continues to develop) an app devoted to the Confessions of Augustine of Hippo, which happens to be a text near and dear to my own heart. Having used this app in a classroom setting already, I can attest to its efficacy. It really succeeds in its mission of making Augustine’s masterwork more accessible for students living about sixteen-hundred years after the Saint’s death.

In the end, it’s all about calibration. It’s all about fitting the amount and usage of digital resources to the level of the course, as well as to its theme and desired learning outcomes. If those three factors are kept in mind, digital pedagogy can work at almost any stage of undergraduate education.