Earlier this week, I presented my research on the relationship between eudaimonia & temporality at the Reception of Plato from Late Antiquity to the Middle Ages conference, hosted (virtually) in Athens.  My paper focused mainly on Plotinus’ argument in Ennead 1.5 (“On Whether Eudaimonia Increases Over Time”), although I began with a brief reading of Timaeus 37-43 (on the moralization of the cosmology of time) & concluded with three reasons why Augustine would be unlikely to agree with Plotinus’ present-minded (& almost Stoic-sounding) account of eudaimonia. While the paper as a whole should come out in some future conference proceedings volume, I’ll leave here for now a grotesquely oversimplified table tracking the various temporal modes of eudaimonia in Plato, Aristotle, Marcus Aurelius, Plotinus, & Augustine. 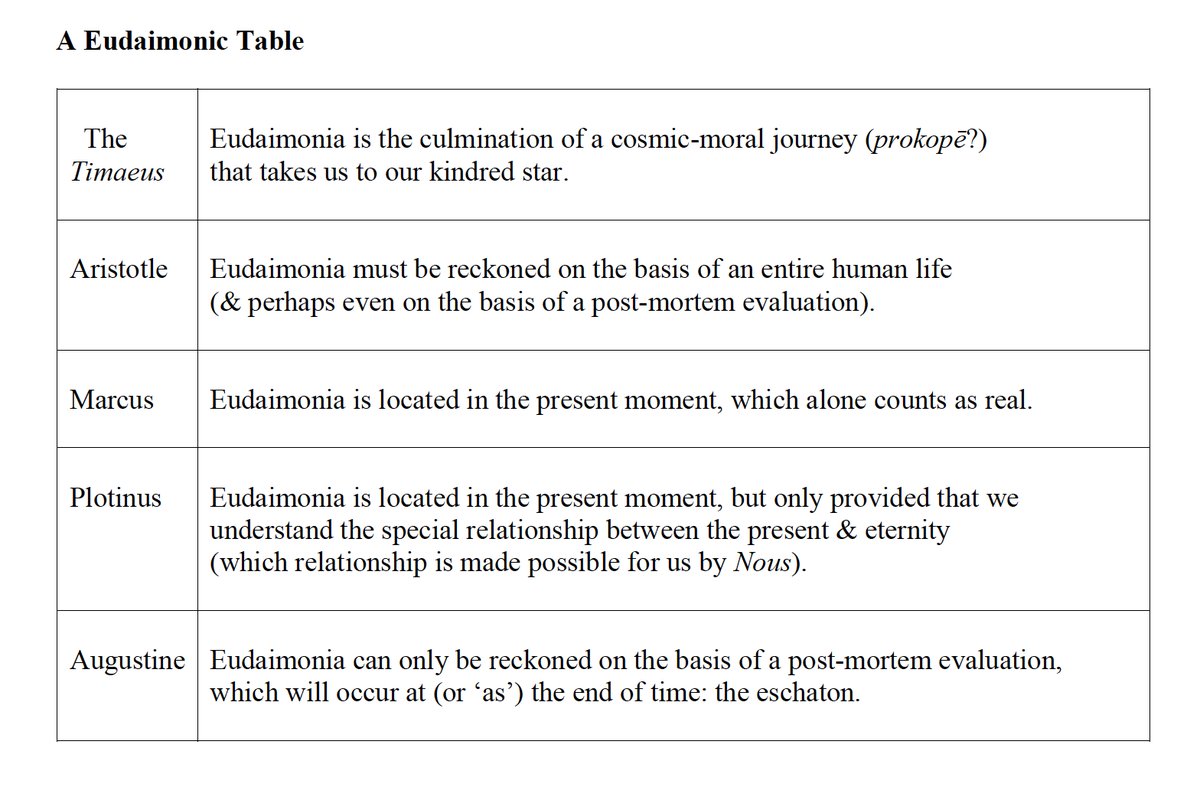 The sign-up form for the 2021 Gettysburg Conference of the American Cusanus Society is now available on the ACS website. I’ll be looking forward to participating in my capacity as Secretary, even though I’ll just be a virtual participant. Check it out here: