I’m happy to report that W. Ezekiel Goggin & I have signed a contract to co-write a book on the modern reception of medieval mysticism for Routledge’s Contemporary Theological Explorations in Mysticism series.

The original title of the proposal was Exterminating Angels (based on a saying of the Romantic writer Jean Paul Richter), but we eventually arrived at something much more straightforward: Mysticism & Materialism in the Wake of German Idealism. While I don’t want to spoil too much here, the book should include chapters aiming to bring together the voices of Angela of Foligno, Meister Eckhart, Johann Tauler, Catherine of Siena, Kant, Fichte, Novalis, Hegel, Marx, & Bataille.

It should be a wild (but completely academically responsible) ride!

Recently, I wrote an article for Sightings, a publication of the Divinity School at the University of Chicago. The piece, entitled “Time in Coronatide: Why We’re Not Actually Living in Groundhog Day,” takes its lead from a number of journalistic essays in venues like the Atlantic & the New Yorker, all of which speculate on how our experience of time might be altered by newly COVID-dictated schedules. By interrogating these essays alongside takes harvested from social media (mostly Twitter, where I first learned of the quasi-liturgical #Coronatide) and pop culture (e.g., The Last Dance documentary about Michael Jordan), I tried to push back against overly glib readings of our current situation, such as those likening it to old Bill Murray movies. The piece also aims to introduce some basic elements of the research that went into my recent book, especially when it comes to the differences between Augustine & the Stoics on the question of whether it makes any sense to “live in (or for) the present moment.” 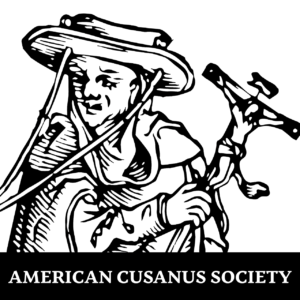 I feel fortunate to be able to announce that for the next couple of years I’ll be serving as Interim Secretary for the American Cusanus Society. The Society is  devoted to the study of Nicholas of Cusa, his pathbreaking ideas, and the unique role he played within his own era (broadly situated at the intersection of the late Middle Ages & the humanist Renaissance). While members of the group come at Cusanus from a variety of angles, ranging from the history of mathematics to late medieval Christian-Muslim interactions, I’m most drawn to Nicholas’ contributions to the mystical tradition in works like De Docta Ignorantia, De Visione Dei, and De Non Aliud. If you’re interested in learning more about Nicholas of Cusa, check out the Society’s  website here.