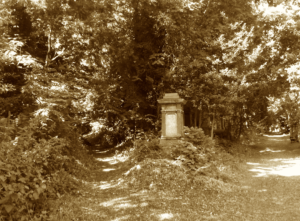 Sometimes, this question is asked in a spirit of honest humility and with a desire to learn more: “What does Digital Humanities mean? What kinds of tools and objects and practices count as DH? What can I learn from DH methods?”

At other times, the question seems to be asked with a bit more of an edge to it: “What even *is* DH, anyway? Does the term mean anything at all? Are we simply dealing with empty buzzwords here? What ever happened to good ol’-fashioned book-learnin’?” (And so on…)

In my experience, most students tend to pose the question in the former sort of way, while some of my fellow instructors prefer to opt for the latter. This is not a hard and fast rule, of course. There are a few students who could be described as hardline anti-DH-ers, while we all have a number of colleagues who either hold a genuine interest in DH or are actively engaged in doing DH work. But, in my admittedly anecdotal experience, it does seem like students–especially younger undergraduates–can be more open to exploring the potential of what DH could mean for them.

If we want to provide straightforward, concrete examples of what great DH work can look like, we could simply point toward huge collaborative efforts like Orbis and Pleiades, or toward specific scholars who have established themselves as preeminent pioneers of DH in their respective fields. In the world of classics and late antiquity, for example, I tend to point students in the direction of scholars like Dr. Sarah Bond or Dr. Jennifer Barry, both of whom run DH workshops for the North American Patristics Society.

When it comes to my meagre corner of the academic world, however, I usually focus in more closely on Digital Pedagogy. Here the operative question becomes: how can we best go about using digital resources to augment students’ own attempts to engage with the historical cultures they’re studying? (In my case, once again, the most relevant historical epoch is antiquity, although I also teach courses in medieval and early modern history.)

If that’s our operative question, the next step should be to ask students themselves what they think about the digital tools we use in class. It’s one thing to experiment with digital pedagogies in a course; it’s another to gather instructor-side data about new assignment-models; but it’s yet another thing to actually go out there and listen to what students have to say about the whole experiment in all of its unwieldy facets.

To that end, I’ve spent the first year of my position here at MacEwan compiling student-side feedback about a wide range of digitally tinged assignments. In a first-year world-history survey, we talked timelines and textual analysis; in a second-year medieval Europe course, we made multiple mock-up maps of the Mediterranean world in the Middle Ages; and in a fourth-year seminar, we worked to incorporate both podcasts and apps into our discussion of some challenging material from antiquity. In every case, students voluntarily submitted feedback info that I was then able to preserve as data and, in many cases, visualize for popular consumption.

Part of my goal with this site is to get some of my data on digital pedagogy out there, so that from its rudimentary roots something more substantive might grow. There are any number of other scholars and instructors out there who have delved deeper into these issues than have I, but I’m hopeful that offering up my feedback as open data will be a not-entirely-pointless exercise.

To that end: in future posts, I plan to share some of the data I’ve collected, as well as the contextual information needed to make sense of the raw numbers. As I continue to experiment with digital pedagogy in the months and years to come, I’ll aim to tweak my approach both to assignment-design and data-collection, so that a fuller picture of the capability of these new resources will begin to come into view. 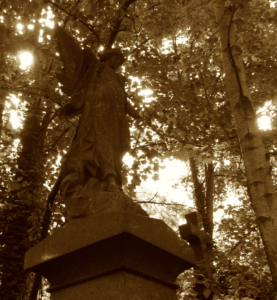 3 Replies to “What Do Students Actually Think About Digital Pedagogy? (Pt. 1)”